Arrow is about to hit the final season, and what a roller coaster it has been. Arrow has had some exceptional villains, but some really poor ones at the same time.

Nonetheless, love or hate Arrow, the show has seen some incredible moments throughout the run.

Here I break down which villains I feel ranked the worst, and which one ranked the best. The number of factors you should think about first. Entertainment, the level of destruction from each villain, the unpredictability, and the sheer level of edginess each one provided.

The season 4 villain. Perhaps the most disappointing Arrow season there is. I know a number of people that stopped watching the show because of this. Damien was meh throughout the season. Incredibly predictable, and quite frankly, just far too overpowered.

While Darkh did manage to kill the Black Canary, we all knew he was going to kill someone important from the very beginning of the season. He had next to no motive, but consistently throughout the season he gave Oliver chance after chance. It was ridiculous.

The powers were off putting too. I mean, even Constantine had to give Oliver powers to match Damien. It took away that sense of realism, we watch The Flash for the over the top feel. The actor did an amazing job, and was a great cast, however the entire plot, season, villain was quite frankly the worst.

The villain that braced our screens for the first half of season 5. I put Cayden this high up because we simply did not get enough of him. I feel the story behind Cayden was actually fairly interesting, but his weakness was exposed far too easily by The Dragon.

There isn’t much to say other than he could’ve been incredible, being that behind the computer type villain. He never really did anything that created an impact, thus making him forgettable far too easily.

Cayden did have a powerful legion behind him, but he just never used anything to his advantage, and he was another villain that constantly paved the way for Oliver.

When it was first announced that Emiko was joining the cast, I was pumped. After reading the comics, I had a lot of love for the character. She was the main villain of season 7.

Her motive ranks higher than anything else, because she’s family. It created that sense of unpredictability, especially when we found out she was in fact, the leader of the Ninth Circle. My main problem with Emiko was how easily she was killed in the finale. It was like the first 20 minutes and she was gone.

Personally, I just feel like they could have done so much more with her. Although she was a fantastic villain, and was the one behind Oliver’s unmasking. It still felt like it was all over a bit too quickly, especially after the back and forth throughout the season.

Batman’s season 3 villain. Ra’s was the first villain that almost, pretty much successfully killed Oliver. The scene on top of the mountain had me at the edge of my seat. You just knew Oliver never actually stood a chance from the get-go.

My problem with Ra’s is after he found out Oliver had survived the fight, he became obsessed with Oliver taking the mantle from him. Ra’s created some solid moments, but fell short in the end. Ra’s has been alive for a really long time, and was outplayed so quickly, and so easily by Oliver.

The League of Assassins was lacklustre. They just got battered at every opportunity, and felt like little thug like minions. This is an army trained by Ra’s, it never really made sense. While season 3 is in my top 3 seasons, I feel they could have made Ra’s a lot more aggressive than he actually was.

I love this guy. He had a lot of problems as a villain, absolutely. However Diaz was just so brutal. He didn’t care for giving Oliver any opportunity to win, every time they came close, he wanted to kill Oliver.

The most important thing to remember when it comes to The Dragon, he never really got beat by Oliver. When you think about it, he never did. He was so unpredictable at every single turn, he was ruthless, and had no remorse for any of his actions.

The other thing that deserves a mention is out of all the villains, he’s the one that lasted longer than any of the others. He lasted all the way to season 7. My only problem with Diaz was his death. It just happened, and in my opinion, I feel like they never gave the character justice. Kirk Acevedo played the character so accurately, it was no surprise they kept him for as long as they did.

The season 6 villain, began with Adrian Chase as District Attorney. Even in the beginning I had a lot of love for Adrian. Prometheus was shown at stages during episodes, and he was absolutely terrifying. Like truly terrifying.

He managed to break Oliver on several occasions, and made it abundantly clear from the start, he was never there to end Oliver. He was there to break him, and he absolutely did. Adrian consistently used Oliver’s son against him, and was just beyond dark, evil, and destructive.

He even managed to get everyone Oliver cares for back on the island. He set traps all over, it was brutal. Chase was one of those villains that really backed Oliver into a wall. As a fan watching the show, you’re just questioning how the in the world Oliver gets out of this one. The island forever changed the show going forward, more so with William (Oliver’s son). I for one, am so excited to see Chase return in the final season of Arrow.

The season 1 villain. Malcolm Merlyn is still missed to this day. Even when Malcolm was good at certain parts of the show, he always had a deeper, darker motive. He was never good for being goods sake, there was always something in it for him.

He deservingly ranks a very close second because of the destruction he manages to cause in season 1. He set out to destroy the Glades, he actually succeeded, and killed his son in the process. What made Malcolm rank this high is the motive. He was behind the boat going down. We find out later in the season Thea is actually Malcolm’s daughter. His motive was always clear.

Even when Oliver managed to beat him on the rooftop, you know as a viewer it never mattered. Marlyn still finished what he set out to do. A truly, ruthless, and scary villain. A lot of people forget, he ruined Oliver early on in season 1, nearly prompting Oliver to stop his quest.

Nobody deserves the top spot other than the main man himself, Deathstroke. I absolutely loved Manu Bennett’s portrayal of the character. The serum used in Slade, and even further using it to build an army was relentless. Although his motive in his eyes was understandable, there was no stopping him.

Oliver’s first training came from Slade when they were trapped on the island. They became friends, they had a bond, which made it all harder to watch. The lasting impact still felt today was Moria Queen’s murder at the hand of Slade’s sword. Season 2 was truly incredible, and captured everything so beautifully.

I never knew much about Deathstroke before Arrow, but since Manu’s portrayal I grew a huge love for the character. Even going forward in TITANS. Even after season 2, they kept Manu on as a cameo basis, which was perfect. Even when Oliver, and Slade work together, it’s just pure entertainment.

That’s my list. It is my personal opinion. I could go into so much more detail with each character but I feel I will never stop typing. What’s your list? And are you excited for the final season of Arrow? 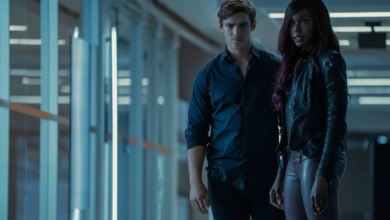 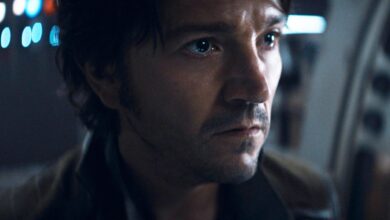