Often times when video games are brought to live-action, it tends to be followed with more disappointment than praise. Resident Evil, Assassin’s Creed, Halo, Dead Rising, and others have bottled it. (Halo I loved but I know the general consensus is that it’s terrible).

It’s only been recent that studios seemed to have figured out the golden rule. It was sticking to the damn game formula. Sonic and Unchartered stuck to the source material, and so did Mortal Kombat to an extent and they proved to be successful.

The Last of Us is a cherished franchise, especially the first game where it followed Joel and Ellie. HBO Max decided to take that monumental task of creating a series adaption from the game. Pedro Pascal will play Joel and Bella Ramsey will play Ellie. Both cast options are perfect, and judging by the trailer, I feel like we have a treasure coming our way.

We don’t have a full release date on the show at present. We do know the show will be released at some point during 2023.

If you wish to see the full cast list then you can do so by clicking here.

What are your thoughts on the trailer? Let us know by leaving a comment down below.

Advertisement
Tags
HBO Max The Last of Us

Stargirl Crossing Over With Titans and Doom Patrol Would be Perfect 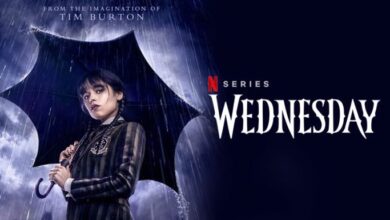