If you are anything like me quarantine has got you trapped in one feeling: boredom. Do I have work to do? Yes, yes I do. Am I going to do it? Nope. You try doing work in a house swarming with short-fuses and various tempo Spotify. Thus I have turned to my favourite source of entertainment: the fabulous internet and its child: on-demand video.

Some of my favourite shows are anime because of the sheer imaginative freedom of the storylines. Furthermore, in my opinion, some of the best heroes there are from anime. Anime may seem like a different world but I can assure you it really isn’t very different from Western animation like Avatar or She-Ra: Princesses of Power.

These are my top picks for superhero anime. They can promise you all the action, drama and heroics you need to get through this tense time.

Probably the most popular on this list, My Hero Academia has risen in popularity since its first release in Japan in 2014. It follows Izuku Midoria and his journey to becoming a hero. The world this is set is full of individuals with gifts called “Quirks” where superhero-like powers are the norm. However, there are villains who use their quirks for the wrong reasons.

This anime is full of wonderful characters you cannot help but love and has enough heart to make you cry on more than one occasion. Its popularity is not unwarranted, it is definitely one to watch if you are new to anime.

You might recognise the name of this one. This anime was inspired by a set of games by the same name originally released in the 90’s. The show just finished its third season and with the voices of Richard Armitage, Alejandra Reynoso, and James Callis there is no wonder that this show has stolen the hearts of the fantasy fans of anime.

The story follows the hellish world of vampires, demons and monster-hunters. Heroes in the caped sense, they are not; but the heroes of Trevor Belmont, Sypha and Alucard will have you giggling along with their deadpan banter and in awe at their awesome monster-hunting. However, this is definitely gorier than MHA – definitely not suitable for children.

Rising of the Shield Hero

This is anime probably the odd-ball of this list. The protagonist starts as a loner in our world before being whisked into a gaming-style world of fantasy. He is made to take up the mantle of the Shield Hero: a unique individual with a checked-past. However, things go awry and I won’t spoil it but I can easily say this anime defines what it means to be a hero.

Definitely worth a shot as I can guarantee this anime will surprise you.

If you love downright silly, deadpan humour then this anime is for you. Following the character Saitama a “hero for fun”, as he uses incredible strength and a very bald head to defeat crime. Alongside my favourite cyborg, Genos, watch at the hero is underwhelmed by his career and takes great pains to become number one.

This show is easy to watch but not everyone enjoys it. Personally, I stopped after the first season but many of my friends have enjoyed the second.

A few others come to mind like Bungo Stray Dogs (an urban action-fantasy) and the ultimate original hero Sailor Moon. However, the chances are if you like any of these on this list you will be able to find another you like.

Give anime a chance and stay safe. 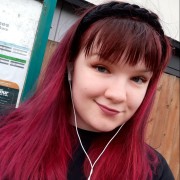 Hiya! My name is Perry Wyatt and I am from the dragon-infested land of Wales in the UK. I am a massive nerd and English graduate with a love for all things Marvel and DC along with movies, cartoons and anime. When I'm not holed up gaming or writing, I am at ComiCons in cosplay or being a Dungeon Master for my DND group. I look forward to nerding out with like-minded people.

Did The "Bad Batch" Get Ruined In The Clone Wars Season 7?