Hawkeye has pretty much been there in live-action since the first Thor movie, and finally is receiving his own solo live-action project in a Disney+ series where fans will see the introduction to Kate Bishop in the Marvel Cinematic Universe.

With this being said, I think it’s a good enough time to give our top 5 moments from the purple archer himself.

While he didn’t exactly do much in Thor one, his debut alone was fantastic in my opinion. Where we got to see the “SHIELD” side of Clint Barton before he became the Avenger that we all know and somewhat love. I still remember being shocked once I found out that this was actually Jeremy Renner in the Thor movie.

This is where we really see Clint shine. You’ll know exactly which scene we’re talking about. When Loki’s controlled army invades New York, a huge battle commences. Later on, in the fight, we see Hawkeye on top of a large building taking down the aliens as they fly past with arrows. Literally, there are even parts of the scene where he does it without even looking. It shows how skilled of an archer he is and how vital his aim really is.

The scene in Endgame where Clint was willing to sacrifice himself to get the stone because of the stuff he did while he was running around in the Ronin persona was emotionally beautiful. From the heartfelt conversation with Natasha, the little fight between the two who will sacrifice themselves to Clint losing Natasha was absolutely emotionally beautiful. Deserves to be on this list.

Many people actually dismiss how important the scene is where he persuades Wanda to fight alongside them. I think in any situation no matter how powerful you think you are, being in that kind of situation for the first time can be devastating. As Wanda is just petrified of everything going on around her, Clint manages to calm her down and bring her back into the battle. It shows that Clint isn’t just an archer, but he really does care about the people he has around him. This is shown even further when we’re introduced to his family.

Quite similar to #3, this was absolutely emotionally heartbreaking just flipped. In this scene, however, Ultron has wiped out everyone on Earth apart from Natasha and Clint. While running to escape the drones sent by Ultron, a similar scene plays out to Endgame, only this time, Clint sacrifices himself in a huge explosion to allow Natasha the chance at survival.

Whether you love, like, or hate the character of Hawkeye or the actor, Jeremy Renner, Hawkeye will forever be a huge part of the Marvel Cinematic Universe going forward. I’m finally glad that he has his own series as this truly should have happened years ago.

Are you excited about Hawkeye airing tomorrow (24th November 2021)? We certainly are. If you have missed any trailers then we have you covered with the latest one;

What If We Got A Justice League Game? 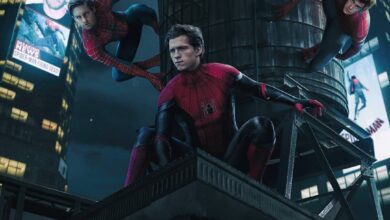 Why is Darth Vader So Iconic?

What If We Got A Justice League Game?

Topps Star Wars Mandalorian Trading Cards – Is It Worth It Review