The long-awaited sequel to Venom, brought to us by the great Andy Serkis. Starring the incredible Tom Hardy and the ever-so-funny Woody Harrelson in this symbiote showdown of the century. Andy Serkis gives fans the first-ever live-action Carnage in this absolutely fun movie.

For a movie that many fans didn’t think would release this year because of Covid-19, the hype for this movie remained, and for many people, grew even larger than life. Spoilers below.

The movie begins with a flashback origin story for the character of Shriek, played by Naomie Harris, and involves a young police offer who we come to know later on. We saw the characters of Shriek and Cletus being separated with Shriek being taken away somewhere else but attacking the police officer who shoots her in the eye before she falls out of the van.

We then cut to Detective Mulligan asking Eddie he needs to help and speak to Cletus to see if he can get answers on Cletus’s case. We then learn that after the events of the previous movie, Eddie and Venom are being watched so they can’t go around eating people, which is causing issues between Eddie and Venom. We get to see a funny scene where Eddie is trying to stop Venom from eating Detective Mulligan.

That night we get to see Eddie doing some research about the stuff Cletus said in the interview, while Venom remembered the carvings in Cletus’s cell which Venom finds is the location of Cletus’s murder victims. The result of finding the victims is enough for the city to reinstate the death penalty purely for Cletus.

The bad tension between Eddie and Venom is escalating at a rapid pace, this gets put on the back burner when Ann shows up to speak with Eddie about her marrying Dan, this causes Eddie to essentially have a breakdown, speeding through traffic at rapid speeds. Venom speaks to Eddie, and I love this scene simply because of Venom. He tells Eddie that he can revive him, he can heal his wounds, but emotions and broken hearts are something he can not fix, however, he is there for him.

This next scene was intense, even though it was in a trailer, it was even more intense in the actual movie. Eddie returns to Cletus before his execution, Cletus tells Eddie that he is like him, he mentions that Eddie killed his mother because she gave birth to him, which causes Venom to attack Cletus and in return, Cletus bites Eddie. Cletus being the dark character he is tells Eddie that he’s tasted blood, and his isn’t it, he also tells Eddie that Eddie is hiding a secret.

One of my favorite scenes is up next, the “marriage” fight between Eddie and Venom that results in a fight between the two with obviously Venom winning. The two split then Venom leaves and smashes Eddie’s TV as well as his motorbike. Venom then heads off into the city on his own.

This next scene was the second-best Carnage scene, and it was the birth of Carnage. We get to see Cletus get put in his execution chamber to be injected with serums, but this is when he turns into Carnage and goes on a brutal killing spree through the prison.

Fast forward a few scenes and we have a scene of Cletus and Carnage talking, Carnage mentions that Venom created him, once he’s killed him, he and Cletus will be unstoppable, Cletus agrees to help. Cletus and Carnage head to free Shriek to which Carnage absolutely destroys the police cars in the area, as well as threatening Cletus that he will kill Shriek if she does her scream again.

Fast forward a few scenes and we are into the final battle of the movie. We see that Cletus and Shriek are in the middle of getting married when Eddie and Venom show up, Cletus turns into Carnage and Eddie into Venom when Venom sees Carnage is a red one, he gets scared.

Fast forward some more, the church is ruined because of the fight, Carnage has killed the pastor, and Detective Mulligan has been “killed” by Shriek. This final fight showdown showcases just how brutal Carnage is, not only is he willing to kill Shriek, Cletus’s wife, he’s going to kill Ann.

This fight scene is also great because it’s not only the symbiote that is fighting, when the church bell rings, the symbiote’s return into the body then we get to see Cletus and Eddie fight so this fight scene was a mix between the two which made it better.

Venom saves Ann and is slowly lowering her to the floor, all the while being stabbed by Carnage. This scene also brings Eddie and Venom together as one, as The Lethal Protector. Shriek falls to the ground and gives one last scream before the church bell and the roof fall on her.

We get to see Venom finally eat well. Firstly, he eats Carnage. While always leaves room for him to return in the future, he picks up Cletus and Eddie speaks with Cletus. Cletus mentions to Eddie that he missed the point, he wanted to be friends with Eddie, but Venom says “fuck this guy” and eats his head.

Cut to the roof where we see Detective Mulligan still with the chain around his neck, seemingly “killed”, when his eyes open and are blue, teasing us for the next movie.

The post-credit scene is amazing as well. It was done so perfectly that it leaves you with questions that need to be answered, and fast.

I won’t lie, the story for the movie wasn’t the best, but it wasn’t the worst either. It was a fun, enjoyable, laughable, buddy-cop, beautiful, and oftentimes moving film. The story for what it was, incorporated some amazing moments, elements, and even better dialogue to go along with the fantastic characters.

The story, however, felt rushed. The movie was 90 minutes long, the story felt rushed, many scenes I thought could have been expanded on. The story could have slowed the pace down and moved along at a steady pace. The story that was introduced to make viewers feel like Eddie and Venom were basically in a rocky, unstable relationship, was actually a highlight of the story.

Hands down, the characters introduced in this movie were amazing. Tom Hardy as Eddie is once again amazing. He stole the film with every scene where he fought with Venom. Woody Harrelson as Cletus Kasady and the voice of Carnage was absolutely perfect. Woody captured that psychotic, demented, serial killer aspect, not to mention that the voice he used was perfect for Carnage, it was a mix of Venom and Woody.

Another standout performance was Stephen Graham as Detective Mulligan. As a fellow Englishman, I was excited to see Stephen in a comic book movie like this, I was interested to see his take on the character. It was honestly such a great performance that the cliffhanger his character had, is a confirmation that he will return in the future.

Another great performance was Naomie Harris as Shriek. From the very beginning of the movie she was absolutely menacing, badass, and ultimately only loved Cletus.

Some characters I wasn’t so much not interested in but more that they didn’t truly need to be there, such characters like Dan and Ann. While Ann was her usual self from the previous film, Dan was annoying, had forced humor, and was just there. I felt like the movie could have been done without Dan.

Was it worth the hype? Isn’t that a question people are asking? For me, yes, it lived up to the hype. The hype around this movie was big, especially with a character debuting like Carnage. Andy Serkis did an incredible job with the movie, but it should have been longer. At least 120 minutes long.

Some of the scenes felt short, rushed, and could have had more. If there is an extended cut released in the future, I’ll definitely be watching that version over the theatrical cut.

The married couple’s fight between Eddie and Venom was absolutely hilarious. It honestly felt like a proper relationship fight, things being smashed, apartment trashed. Venom was trying to throw Eddie out, and eventually, Venom stormed out after smashing Eddie’s TV and motorbike.

Venom at the underground rave was actually a powerful scene, he steals the mic, attacks Eddie, tells people he’s out of Eddie’s closet, and that people should welcome aliens. I actually really enjoyed this scene, it was fantastic.

The birth of Carnage and his escape was one entirely beautiful but brutal scene. Carnage literally ripped through the prison, killing prisoners and prison guards alike, even sticking a tentacle down a guard’s throat, it was amazing.

The backstory on Cletus. The way that this scene was explained, and shown was so interesting and fantastic. It was essentially done in a demented drawing style which worked for the character of Cletus.

The entire final fight. It was amazing. The Venom vs Riot was amazing in Venom 1, but my god, the fight between Venom and Carnage? Absolutely insane. Carnage had such a great first outing in live-action.

The 90-minute movie length was such a bad idea, this movie could have been longer, the characters could have had more investment, backstories, and development.

Mrs. Chen actually made my dislikes, even though I love this character. Venom after the rave went to see her for food, and we don’t see what happens. In the previous episode, it was said that the host needs to essentially be a match for the symbiote, Venom with Eddie, Riot with the villain from the first movie, so how did Mrs. Chen bond with him without ending up like the multiple people in the rave?

Yes, I would say, given the circumstance of the world today, if you can, head to the local cinema and watch this in the cinema, the final fight makes it worth it. If not, wait until the movie is released on DVD or streaming service, and relax and watch this movie. It’s a fun, action-packed, and often beautifully shot movie.

Overall a 90-minute movie that jumped straight into the story and action. The movie explored the relationship between Eddie Brock and Venom, as well as giving enough screentime to explore the complex character of Cletus Kasady. The only true issues I had with the movie were the pace, and the 90-minute movie length.

Overall a 90-minute movie that jumped straight into the story and action. The movie explored the relationship between Eddie Brock and Venom, as well as giving enough screentime to explore the complex character of Cletus Kasady. The only true issues I had with the movie were the pace, and the 90-minute movie length. 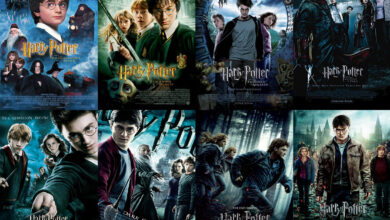