Sony Pictures has released the first Spider-Man: Across the Spider-Verse trailer.

Miles Morales and Gwen are returning for another adventure, this time, throughout the Spider-Verse. With many, many Spider characters involved.

“Miles Morales returns for the next chapter of the Oscar®-winning Spider-Verse saga, an epic adventure that will transport Brooklyn’s full-time, friendly neighborhood Spider-Man across the Multiverse to join forces with Gwen Stacy and a new team of Spider-People to face off with a villain more powerful than anything they have ever encountered.”

Both Shameik Moore and Hailee Steinfeld are turning to voice their respective characters and Oscar Isaac is returning to voice Spider-Man 2099 as he did in a post-credit scene in the first movie.

The movie is directed by Joaquim Dos Santos, Kemp Powers, and Justin K. Thompson. With writers Phil Lord, Christopher Miller, and Dave Callaham on board.

Spider-Man: Across the Spider-Verse is scheduled to be released in the United States on June 2, 2023, delayed from an initial April 2022 date due to the Covid-19 Pandemic.

A third movie in the franchise titled “Spider-Man: Beyond the Spider-Verse” is set to be released on March 29, 2024.

A female-focused spin-off film is also in development.

Vote now for your top 5 comic shows of the year 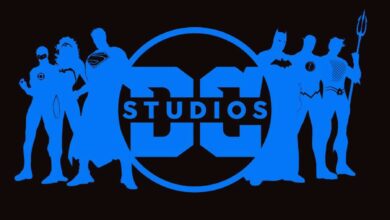 ‘The Last of Us’ Renewed for Season 2

The Second Official Trailer for Shazam! Fury of the Gods Has Been Released Online