Season 2 Episode 5 “Amidst a hostage negotiation that could end the war on Krypton, Seg seeks answers about Lyta.”

1. Seg can see Brainiac and speak to him, Brainiac tells Seg that there is a infinite bit of Brainiac inside of Seg still and after Brainiac saved Seg from being reconditioned it’s left Brainiac weak which has forced Brainiac into needing Seg even more than he would like.

2. Jayna and Dev walk into the bar in the Outterlands dressed like Sagitari which fools the people in the bar, Jayna pleads with them to come with them to Kandor and assassinate Dru-Zod but they refuse, Jayna and Dev head to Kandor alone and run into a Sagitari commander which Jayna proceeds to lie to and they manage to get past the commander.

3. Jax contacts Zod and offers a ultimatum… 1 hour to withdraw all his forces from Wegthor or Lyta will be killed… Zod tells Jax he’ll withdraw his troops but Kem see’s that Zod is hiding his forces and has put prisoners on the elevator to Kandor which promptly angers Jax… (queue the holy shit moment).

4. Brainiac is speaking to Seg about Zod being a compulsive liar and telling Seg that Zod plans to win the war even if that means sacrificing Lyta to achieve his victory. Seg asks Brainiac what he wants him to do so Brainiac tells Seg he needs to tell Lyta about the reconditioning and kill Zod before Zod can kill Seg.

1. Nyssa Vex is working with Zod, she finds out she’s the one responsible for over 50% of the rebels deaths. Nyssa then switches sides again and frees a captured Adam and Kem from the Sagitari.

2. Lyta tells Zod that 50% of the rebels have been killed and Lyta is willing to go to war with Jax and the rebels to achieve Zod winning the war.

1. Seg and Zod get into a fist fight with Zod gaining the best of Seg and managing to strangle him before Jayna and Dev enter the room pointing guns at Zod. Zod manages to throw a knife at Jayna but Dev catches the knife just before it can hit Jayna in the face, Zod manages to escape. Seg helps him and jayna and Dev escape by shooting where and when the Sagitari guards will be with the help from Brainiac, which surprises Dev and Jayna.

2. Jax gets angry from Zod not pulling his forces from Wegthor so Jax slits Lyta’s throat on a broadcast to the whole of Krypton which shocks Seg, Jayna, Zod and Dev. Is Lyta truly dead?

Unexpectedly interesting episode to say the least.. From start to finish just pure intensity and powerful. Scenes between Seg, Brainiac and Zod were some of the most incredible scenes this season. The ending truly shocked me, I didn’t even expect.

For free sponsorships on our articles, Please us the contact form and we’ll respond within 24 hours. 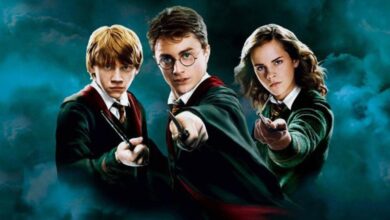 January 19, 2021
Check Also
Close
Advertisement
Video Games
Back to top button
Close
Close
Close
Go to mobile version
This website uses cookies to ensure you get the best experience on our website: Find out more.