We all knew Supergirl was going to meet its end during season 6, and to be fair, it was well overdue for it to end. The show has not been good since season 2. I’ll be honest, if this wasn’t the final end to the show, this would have been my final end. I love Melissa Benoist as Supergirl, one of the primary reasons why I’ve stuck with the show despite how poor it’s actually been.

After every poor season, I beg for better creative decisions by the writing board. This was the FINAL season ever. I’m pretty sure they could have used someone huge for the villain. It’s one of the only times I would have considered using a Superman villain such as Brainiac or Lobo. That would have linked in a lot better.

Don’t get me wrong, Supergirl actually had a fairly strong start. It explored the Phantom Zone in greater depths as Lex Luthor had tricked and trapped her there. Until the mid-season break, it showed us how Kara was surviving powerless against the wrath of Phantoms with essentially no way to escape. It was interesting, considering Supergirl has always had a team behind her. When she was in the Phantom Zone, she didn’t.

Once the season came back from the mid-season break, it fell apart. In a huge way. Kara returned from the Phantom Zone in a pathetic way. This is one of those moments when she could have come back and made a huge impact, yet she didn’t. From this point, the show simply struggled to piece anything together to make it even slightly entertaining.

One of my biggest pet hates with the entire season was the action. It was repeated garbage that had nothing creative towards it. For around 5 or 6 episodes the action remained almost identical. Nyxly would be some finding a totem (onto those in a second), Supergirl and her team would show up, mainly consisting of J’onn and another member, they would have a brief fight, one would get the upper hand and Nyxly would escape. The action was so bad that I considered stopping watching it earlier. If it wasn’t for the fact it was my assigned show to review, I probably would have.

Then the totems. A complete and utter rip-off from The Deathly Hallows from Harry Potter. 7 totems spread out around the globe with next to zero ideas (according to them) on how to find them yet always stumble across 1 with relative ease. The totems together would form the “ultimate” weapon, yet we saw in the finale just how trash it literally was. I’m all for experimenting with story arcs but if you’re going to rip off one of the best franchises in the entire world, at least try to do it in an entertaining way.

In a nutshell, everything about the connection of this season was poorly done. It was not entertaining despite the odd episode here and then, it was dreadful. It ran its course and needed to end. It’s a shame because they had the cast nailed, they just couldn’t capitalize on the potential the show always had.

I want to begin this section with the antagonist, Nyxlygsptlnz, better known as Nyxly. I can’t express enough just how poor of a villain she was. She was perhaps the worst antagonist choice that could have been picked for the final season. She brought nothing to the table as a villain, and the ONLY impact she made was the fact I’ll remember her for being a trash villain. Simple as that. Her backstory wasn’t interesting, she did nothing to hurt Supergirl and her team, the only one who did anything in that regard was when Lex killed William. I might be overestimating my confidence in saying this but in terms of the entire Arrowverse, she was the worst villain.

A few more disappointments included Kara’s father who was also trapped in the Phantom Zone with her. He just left and brought nothing to the story at all. Andrea was again, useless. Kelly’s reveal as Guardian was okay but turned out to just be bang average. Nia still couldn’t get a grip of her powers which became boring. Lex didn’t need to be brought back in. That’s just a summary of how many characters just made zero impact on the overall season. If that’s that many that stand out as being poor, then you know the development is a problem, and the writing team hasn’t done their jobs correctly.

M’gann as well?? Like, what? Where did she go? What was the story there? This is what I’m saying. Characters come and go but they don’t even explain what happened. It’s further proof of poor writing.

Some great characters to note though, J’onn was better this season. Alex was fantastic as always. Brainiac also improved, especially seeing him in combat from time to time. Esme, who Alex and Kelly adopted was adorable, and perhaps brought a better narrative to the story itself. We’ve never seen superheroes really adopt in the Arrowverse, especially gay characters. I loved where they went in that direction.

I feel like most of the characters didn’t really need to be there. I also feel like the writing team was just throwing them in anywhere to fulfill their contracts. Half of the team could have easily been killed or left and I wouldn’t have even noticed. It’s a shame because a lot of them do have some massive potential. Brainiac is key, and it’s why I badly wanted the bigger, badder Brainiac to be the villain. It would have hit more for him.

As always, Melissa Benoist continued this season to prove why she was born to be Supergirl. Despite being a very bad season, Supergirl always stood out. When she was trapped in the Phantom Zone is when she really began to shine. She showed just how full of hope she is even when it seems like all hope is lost. Also being powerful surrounded by Phantoms developed her character incredibly. I do wish she had told the world she was Supergirl earlier like she did in the finale. I feel like that was a massive twist that would have been entertaining to watch.

The finale was definitely the best episode of the season. The returns of Mon-El, James, and Winn were welcomed. Kara told the world she was Supergirl. Cat Grant bought CatCo again, the fight scenes were the best of the season, and the wedding between Alex and Kelly was an amazing send-off. It was the only episode in roughly 3 years that I’ve truly been blown away.

Touching on Kara unmasking to the world, Cat Grant buying CatCo is definitely something we should have seen earlier in the season. The finale showed just how much potential this season genuinely had but never capitalized on most of the opportunities presented to them.

Welcome Back, Kara which was episode 8 was by far the worst episode of any show I have ever watched. We’ve reviewed 100’s of episodes on this website, this particular episode sits on a 2.5/10, currently the joint lowest episode ever. The reason why it was so disappointing is Kara’s return. This could have been explosive where she returns herself, finds her team in complete disarray, and swoops in to save the day. That’s how it should have happened, instead, it was just a boring episode. Not to mention the effects and CGI was some of the worst I’ve ever seen.

Quite a well off from the average and overall. However, in these types of instances, a poor show can still have some fantastic episodes, but they don’t always link together in a good way. This was a prime example, especially considering this was the final ever season of Supergirl.

Does It Deserve Another Season?

We’re fully aware that this was Supergirl’s final season, but if it wasn’t, would it deserve another? No. Not even in the slightest. This was one of the least enjoyable seasons of a show that I have ever watched. I only stuck with it because it was the final season otherwise in the alternative timeline that it isn’t, this would have been my last regardless.

In a nutshell, everything about the connection of this season was poorly done. It was not entertaining despite the odd episode here and then, it was dreadful. It ran its course and needed to end. It's a shame because they had the cast nailed, they just couldn't capitalize on the potential the show always had. 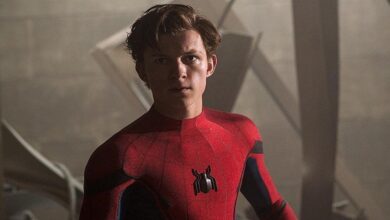